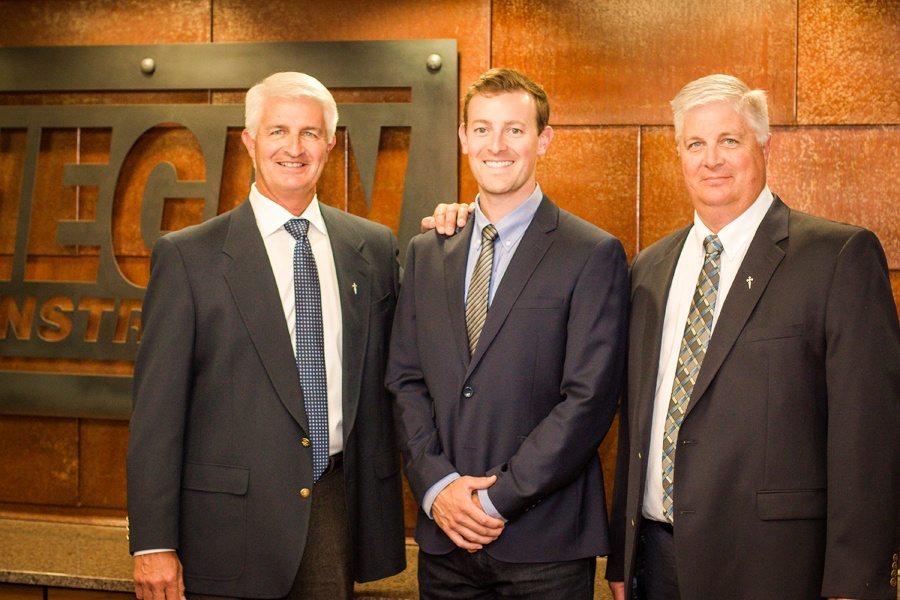 Fiegen Construction has been a staple in the Vermillion, South Dakota community for many years – most recently featured on some of the University of South Dakota’s largest projects. The DakotaDome renovation was a Construction Management project to transform one of the region’s most recognizable, man-made landmarks. Originally constructed in 1979, the 10,000-seat facility was one of the first multi-purpose domes in the nation. Today, it serves as home for Coyote football, track and field, and swimming and diving. Basketball and volleyball competed in the Dome before the Sanford Coyote Sports Center came along in 2016 – also built by Fiegen Construction.

This immense project scope included addressing 5 levels of new and additional seating on the west side, exclusive luxury walk-out suites, football locker rooms, coaches offices, large meeting/film rooms, concessions, restrooms, and upgrades to all mechanical/electrical services. Along with the interior renovations, work on the West exterior side of the DakotaDome included two new main entrances, with bridged walkways. The 80,000 square foot renovation was completed in time for the 2020 football season and had a project budget of $26 million.

It was Fiegen Construction’s expertise in and around the DakotaDome that led to the selection for this project. Having worked on the Sanford Coyote Sports Center (volleyball/basketball), Fiegen was familiar with the Dome and had previously punched window openings in the precast concrete walls for viewing purposes. While this Dome Renovation project had its difficulties with discovered unforeseen conditions not shown in any documents, Fiegen used a team-first mentality to complete a historic renovation for the University of South Dakota.

It's simply amazing what the construction team has been able to accomplish all while working within the confines of the existing structure. In my 30 years of experience, this was probably the most detail-oriented, high-skilled project that I've ever ran across.